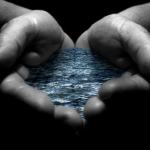 THE GATHERING OR ESOTERIC PROFANE

Note: This is Part 4 of a reprint of a blog I did for Universal Freemasonry. In this part, we are xploring the reasoning and importance of preparation, before entering the Temple, for the Brothers about to take part in the Masonic ritual work.

The term “esoteric profane” is used to describe that which is before the temple (pro–fane) and that which is knowledge that is outside. In this state, the Freemason, an initiate, is helping to setup the layer between the common world (exoteric) and the esoteric (inside world) for those that are at the door of the temple (the profane).

Only those who have been initiated may be allowed to be in the Temple room and participate in its setup. This layer of energies begins as the members arrive at the appointed time and begin forming the physical structure of what will be ritual space. All the members are now inside the first bubble of Intention, and thus partially on the way to being tiled.

Physics and the Lodge

In basic physics, it’s known that all objects have a natural frequency or set of frequencies at which they vibrate. A natural frequency is one that occurs when an object is stuck, plucked, dropped or otherwise disturbed from its resting state. Even quantum field theory relates that particles at the quantum level, that which makes up the physical

The bottom line is that all matter vibrates at its core. This vibration is in relation to the energetic forces placed upon it – whether they be physical or, as discussed earlier, in thought form. Thus, the energies applied toward a person, tool, Temple room, or even the larger environment have an influence on the outcome of ritual.

The brothers arrive with purpose and intent, having prepared themselves in the days and weeks prior to the ceremonial day. In the gathering, we are working on perfecting the material to be used for ritual – our minds, bodies, Temple, and the tools and symbols of instruction. The next layer, or bubble of energy, is created by those in attendance. What they have brought with them in mind, body, emotion, and spirit is what will be contributed to the Work to be performed.

Alchemy and the Gathering

alchemical substance with which the person and environment is charged and changed. While habit is comforting, the cleaning and setting of ritual space requires its own focused mindset.

Thought must be placed on the quality and stature of the elements used within ritual. There is a difference between using a well-maintained piece of equipment and one that is worn and tired. The personal feeling of looking at or using something broken or dirty is demoralizing and uncomfortable.

As the charge goes, “it must be kept clean and bright, else the vision is marred.” So too does the unclean, damaged, or ill-kept equipment and Temple room impart emotional and physical resonances of marring or misuse. It does not inspire us to do our best. There is a reason that fine china and sterling silver are used at elegant dinners; the feeling of using our “best” puts us in a superlative mental mindset.

Why is this ritual cleaning important? Its necessity is outlined in the points noted above with regards to vibration. Purification has been used throughout religions and spiritual worship as far back as the ancient mystery schools.

In the Lesser Eleusinian Mysteries, participants not only had to seal their intention with a sacrifice of a piglet, but also had to cleanse themselves in the river Ilisos. The mysteries of Isis and Delphi also requires purification rituals on not only the persons participating but of the ritual space and implements used in ceremony.

The divine has always been revered as perfect or clean, whereas the material world is deemed unclean or polluted. The core of the practice of purification is that in order to achieve connection with the unpolluted world or beings, the material world must shed its impurities to the best of its abilities; only by cleanliness would one be allowed and able to approach the divine.

From the anthropological point of view, it may be better stated thus, from Encyclopedia Britannica:

Every culture has an idea, in one form or another, that the inner essence of man can be either pure or defiled. This idea presupposes a general view of man in which his active or vitalizing forces, the energies that stimulate and regulate his optimum individual and social functioning, are distinguished from his body, on the one hand, and his mental or spiritual faculties, on the other. These energies are believed to be disturbed or “polluted” by certain contacts or experiences that have consequences for a person’s entire system, including both the physical and the mental aspects.

Furthermore, the natural elements, animals and plants, the supernatural, and even certain aspects of technology may be viewed as operating on similar energies of their own; they too may therefore be subject to the disturbing effects of pollution. Because lost purity can be re-established only by ritual and also because purity is often a precondition for the performance of rituals of many kinds, anthropologists refer to this general field of cultural phenomena as “ritual purity” and “ritual pollution.

The base idea of Freemasons cleaning is rooted in this same principle; in order to perform the best Masonic ritual possible, the tools, including the Brothers, must be at their best. This means that we approach a Lodge meeting much as we approach a service at our religious institution: we dress well, have mentally prepared by sleeping well, and make sure that the Temple, our clothing, and our equipment is in the best condition possible.

This gathering time is a time when the elements of those who have already been ‘initiated’ into the mysteries are preparing to attend to the world that has not been so initiated; in this way, all Freemasons are, of a sort, hierophants. The term hierophant means “the holy one who shows things.” 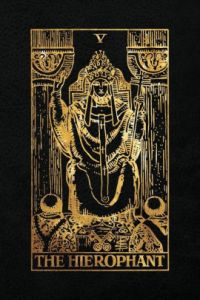 In Attica, the chief priest of the Eleusinian Mysteries was named hierophant. This title was given to all who could interpret the sacred mysteries, symbols, and arcane principles of ceremonies to be performed. The hierophant is a channel for the divine as well as the outward manifestation of the principles of that to which the hierophant adheres.

In this way, Freemasons are a channel for the ancient mysteries as they apply to all religions. Historically, hierophants were stationed in their position for life, and upon accepting the position, renounced their given names and were simply called hierophates.

So too do Freemasons renounce their names at this stage, and become simply “brother,” and they are a Freemason for life.  Once this stage is complete, the state of the Lodge members and the Sacred Space are set for the next layer. The second bubble has been created and prepared, ready for the entrance of the prepared hierophants.