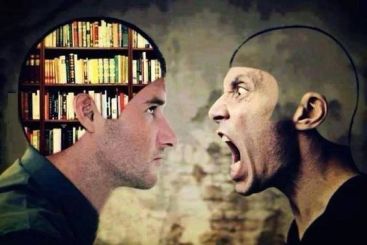 A phrase came into my head, recently, about some of the things I would like to do with my life. Let me back up a bit… about this time of year, I always sit down and write my goals for the coming year. I call them goals, but let’s call it… a theme, a direction, some things I’d like to see, do, and maybe achieve. They aren’t goals, per se – more like guidelines. This year, I am trying a different tack, one from a company called The Dragontree Apothecary. It’s a book to walk through your year, interactive – kinda of hipster, but it’s something different. I’ve been doing this exercise for thirty years; sometimes a girl has to find something new.

ANYway… I was thinking something I’d like to leave the world when I die, a legacy, memory, something that I’ve contributed in my time here. I’m not planning on exiting soon; this is simply an exercise in learning where to put my time. The thought struck me that people always talk about combating poverty or giving to charity. As Freemasons, Charity is a core value that many of us appreciate, value, and toward which we give time and money. I was thinking about charity and about how I’d like to twist that, and combat more than physical poverty. I thought about emotional poverty. This seems to me to be a very private thing to combat – we all must learn to move away from apathy and disinterestedness but each of us has a different path to get there. No, emotional poverty is something each individual must combat on their own.

What I really want to do is combat Mental Poverty.

Poverty is described as a deficiency of necessary or desirable ingredients or qualities. It is sparse, meager, insufficient. It is being destitute or indigent, a dearth of, well, something. So, what is mental poverty? I think it’s the state of needing more “mind.” Mind is intellect, the totality of conscious and unconscious mental activities – it is the part of each human being that has the capacity to reason, think, calculate, extrapolate, judge and perceive. So, to be mentally impoverished means that the sum total of our capacity to reason and think is sparse, meager, and insufficient.

Little did I know, but should have guessed, it was already a thing.

I don’t think of this as combating stupidity. I think of this as combating ignorance. Ignorance is simply lacking knowledge; I think mental poverty comes from ignorance and from the inability to lift oneself from ignorance. I want to combat the factors that go into that inability – I want to create a world where people who are ignorant and want to lift themselves from it can do so. They have the tools, means, and will to make it happen.

I do this often by reading, listening to podcasts, watching TED talks, listening to different points of views… actually engaging with those that are different from me. However, it doesn’t seem quite enough. While listening to one of those same podcasts, Freakonomics, I heard a term I hadn’t heard before: Social Capital. What captured my attention right off is what a lack of social capital mean to a culture, what its effects are, and how can it be reversed. Even more interesting is why we WANT to reverse it.

The episode was primarily about Trust, and why we want to have a more trusting country; countries that believe that most people can be trusted are generally healthier, wealthier, and have a more positive discourse than countries were trust is lacking. In distrustful societies, people tend to be poorer in emotional and physical ways, but also mentally – ergo, mental poverty. So why increase social capital? To increase trust and bring people out of poverty and despair. I think that is an incredibly Masonic idea and ideal.

So, perhaps the way we get out of mental poverty and create a most trusting and vibrant society is to increase social capital. To quote David Halpern, from the British “Nudge Unit:” “Social trust is an extraordinarily interesting variable and it doesn’t get anywhere near the attention it deserves. But the basic idea is trying to understand what is the kind of fabric of society that makes economies and, indeed, just people get along in general. It’s clearly so critical for a whole range of outcomes.” The episode goes on to say, “Outcomes like economic growth, and individual health.” That includes better government and overall, a more civil society. Social capital, while hard to exactly quantify, does exist and is tangible. It’s like good art: we know it when we see its effects.

When people meet, gather, discuss, and “network,” they are creating social capital. It is in the discourse and interaction between competing ideas (humans) and cultures that creates a more vibrant, trustworthy culture. It creates goodwill and fellowship, above and beyond what we find in our own homes. However, they are not exempt either. When you invite someone over for dinner, join the PTA, host a book club, or go to a party at a friend’s house, you are engaging in building social capital. Meeting and talking with people of different backgrounds creates understanding and trust, which in turn builds a better democracy and more educated society. It’s difficult to grow in a vacuum.

To me, this is what Freemasons do as a matter of course. We encourage this kind of social and civic duty, with our fellow members and with our community. We are encouraged to be out in the world, be examples, and work hard at learning what other people think and do. It comes full circle. Our job as Freemasons is to be the guide and helper of “the ignorant,” which includes ourselves, and we increase our intellectual acuity by building our social capital, which in turn builds a better, more trustful society that continues to become emotionally, physically, and mentally wealthier. The cycle goes the other way.

In the United States of America, this is going to be a difficult task. We have so much distrust and hate because, I think, we have little social capital. Robert Putnam, in his book “Bowling Alone,” has stated that we’re currently around 35% “trustful” in the U.S.A. – compared to some place like Norway or Sweden, which is around 70%. There might be many counter arguments for this, but one thing is certain – there is more social capital in those countries, which leads to a better society overall. Putnam’s original article, published before the book, can be found here.  The article also includes information and follow ups from other sources.

In the end, what I believe I can do for my coming year’s “guidelines” is to engage more socially, in civic-minded ways. I know that I feel better when I get out, socialize, talk with people. I become alive, vibrant, thoughtful, and my mind is stimulated by new ideas and concepts. I test my emotional mettle against others and learn how to become more mindful and adept at conversation and rhetoric. When I meet people of different backgrounds, religions, races, creeds, and identities, I am enlightened and enriched. In other words, I have worked to bring myself into a better place, and in doing so, perhaps I have brought society a little higher, too. In fact, sociologists agree: “From the material marshaled by Robert Putnam we can see that the simple act of joining and being regularly involved in organized groups has a very significant impact on society.” Thus, simply being a Freemason is a first step in the right direction. A good group to seek out and engage in this kind of civic discourse is the Masonic Philosophical Society. Study centers meet to not only discuss Freemasonry but a wide range of topics important to our global culture. I’ve attended several of these meetings and hosted a few. I find them to be highly engaging and very insightful. Besides these, I’m looking into joining a few civic and non-partisan ethical organizations, as well. Heck, maybe starting my own book club is a way to start. Maybe I’ll start with Bowling Alone. No one should ever have to do such a lonely thing.

The Social Capital Wikipedia page is also a fairly well documented page, and up to date.

“Bowling Alone” does have its own website as well: http://bowlingalone.com/